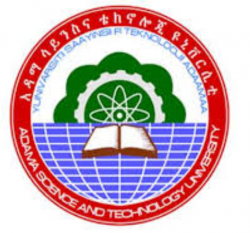 Adama Science and Technology University (ASTU) was first established in 1993 as Nazareth Technical College (NTC), offering degree and diploma level education in technology fields. Later, the institution was renamed as Nazareth College of Technical Teacher Education (NCTTE), a self-explanatory label that describes what the institution used to train back then: candidates who would become technical teachers for TVET colleges/Schools across the country.

In 2003, a new addition to NCTTE came about—introduction of business education. Nonetheless, the new entries were solely meant for similar purposes: these graduates were also expected to help overcome the existing dearth of educators in vocational institutions.

Although it is an institution with a history of only two decades, ASTU is known for its dynamic past. It has always been responsive to the realization of national policies: training of technologists at its infant stage, and later shifting to training of technical trainers, as well as business educators, to fill the gap in TVETs. Following its inauguration in May 2006 as Adama University, the full-fledged university started opening other academic programs in other areas—an extension to its original mission.

However, it was not until it was nominated by the Ministry of Education as Center of Excellence in Technology in 2008 that it opened various programs in applied engineering and technology. For its realization, it became a university modeled after the German paradigm: it not only became the only technical university in the nation, but also the only one led by a German professor.